Thomas William "Tom" Roberts was born on March 8, 1856 in Dorchester England and a prominent member of The Heidelberg School, which was an Australian Impressionist art movement of the late 1800's. His family moved to Australia when he was 13, where he stayed for 12 years before returning to study in England and travel through Spain, where he met artists such as Ramon Casas. Roberts painted mostly landscapes and portraiture. His work is characterized by distinctive brushstrokes, subtle contrasts of edges, and a muted but natural palette in contrast to many of his contemporaries, who often used vibrant colors in their shadows.

In Portrait of Florence above, Roberts shows us the scale of his talent and the Spanish influence. I love the wistful look on her face. The tactile fabric of her dress, in warm neutral tones seems to resonate with the background even though the tones are very similar. The pink ruffled collar is what grabs our attention yet at the same time, subtle and draws our eye to the natural pink tones of her face. The way her hair seems to blend into her hat is magical. 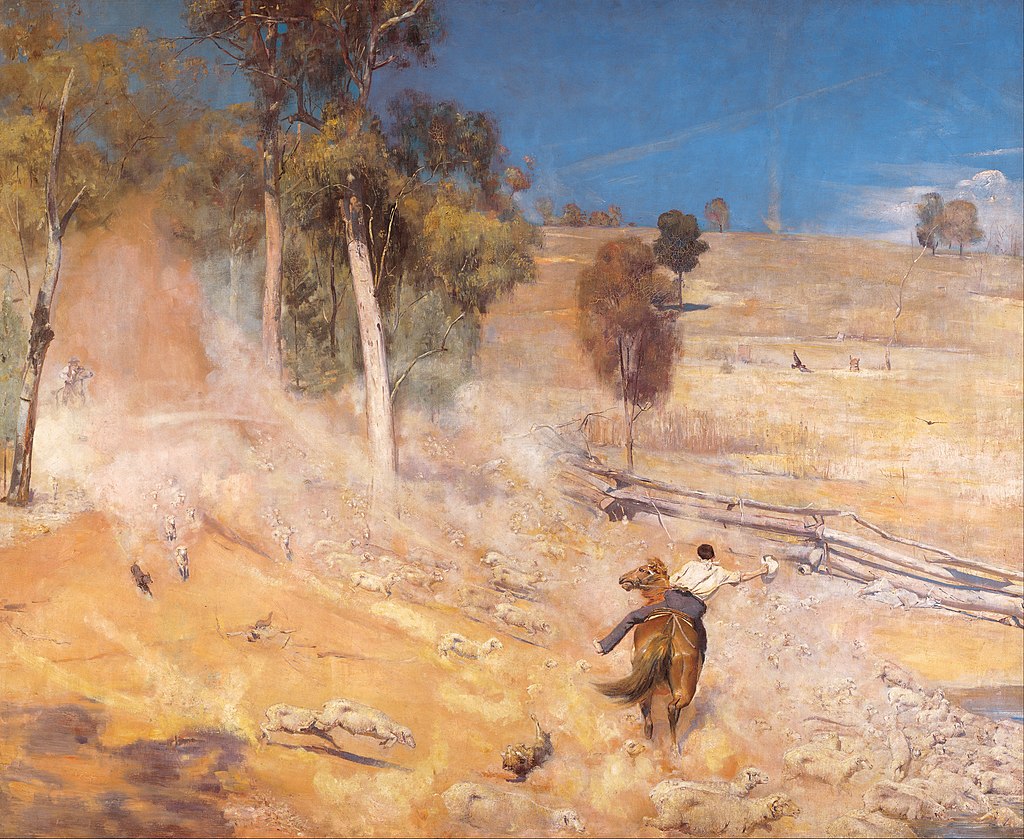 A Break Away!, 1891
I love movement in a painting. A rancher tries to herd a trip of goats along a slope of land to water—not a very common theme in Western painting, to be sure. Roberts uses the kicking up of dirt and dust to imply the movement and speed of the goats, known for being more independent and less cooperative than sheep. And the trees themselves seem to lean backwards from the rush of action. I like how Roberts indicates the texture and warm greens in the foliage against that deep blue sky. The goats themselves seem to be painted mostly in yellow ochre and white, yet it is so effective in indicating their fur. Roberts pulls us into the scene as if we are in a film, and it is strangely hypnotic to observe this painting. 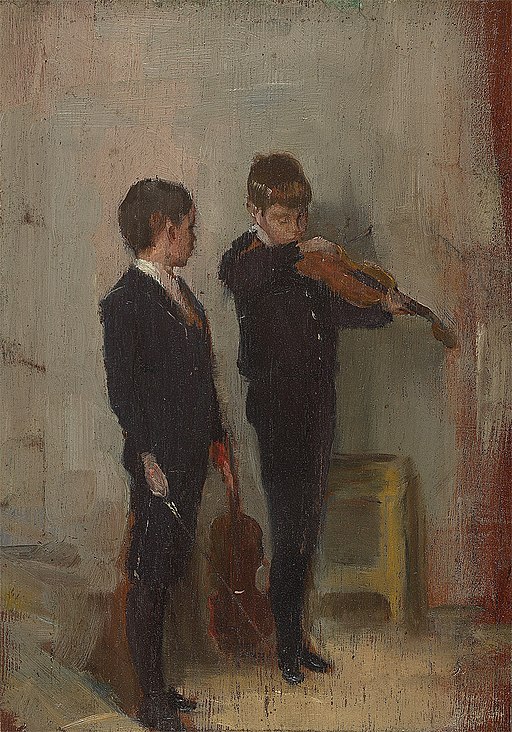 The Violin Lesson, 1889
Love the loose brushstrokes indicating the wall behind the boys—Roberts uses a warm grey mixture with tinted red accents. The boys themselves are painted loosely also yet the body language and naturalism here is captivating. You can see the boy instructing to the left is saying something to the student, who appears self-conscious yet diligent. Roberts indicates the hands as greyed-down swathes of brushstroke, nothing more, yet our eyes are drawn to their faces. This is the power of focus and how our eyes can complete the image when information is suggested. A simple narrative with a simple palette and yet, we are drawn to these two young boys because of how they are painted. Brilliant. 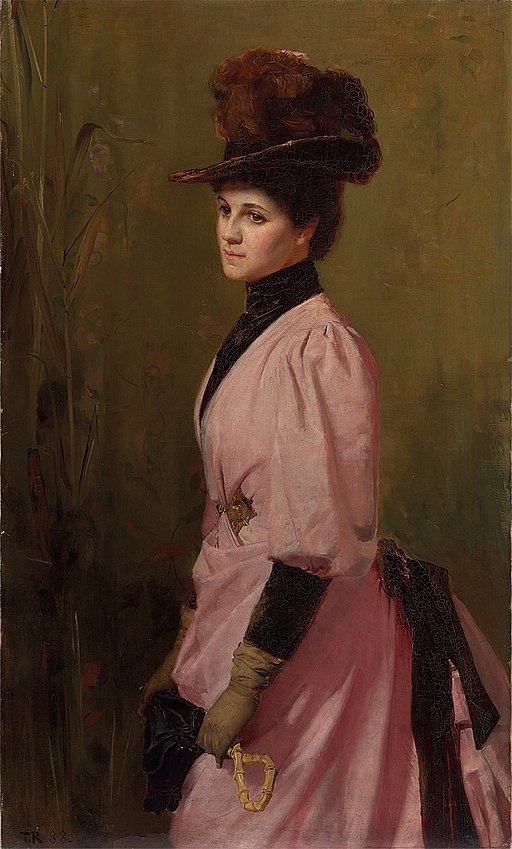 An Australian Native, 1888
Wonderful colour harmony here. Pink, black and green are not usually what come to mind when painting a lady, but under the astute brushwork of Roberts the grace and beauty here are inspiring. The folds of her dress are flawless. The gloves on her hand in that dark yellow ochre tone feel like you can touch them. I like that she's holding an umbrella, a rarity in portraiture. That background seems liquid, with an indication of foliage melting into the distance...it gives a dream-like appearance to this portrait that is not often seen, and if this were painted against a solid color flat background, it would be much less of a portrait. Never seen anything quite like this before. 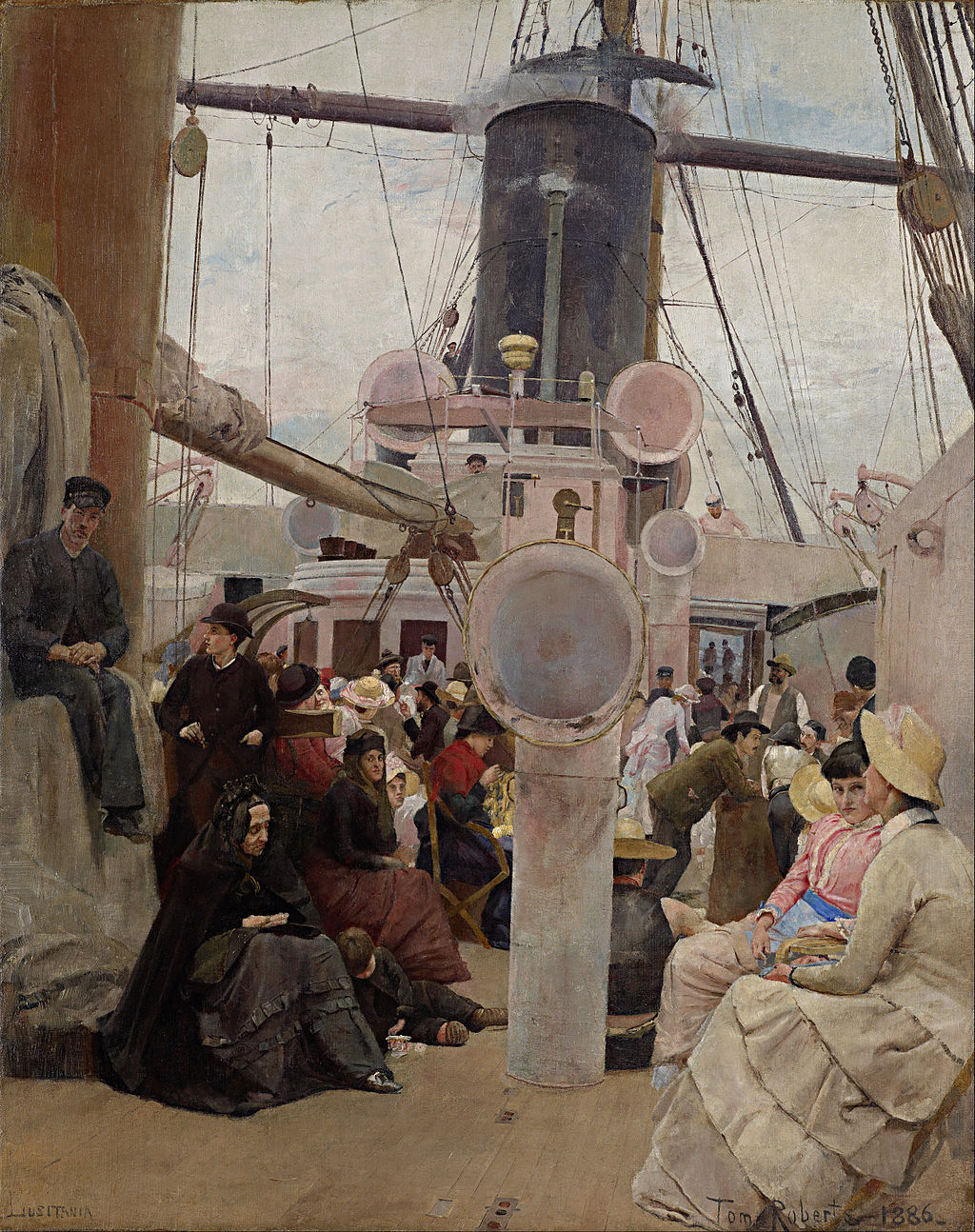 Coming South, 1886
Although an unusually muted palette, this is really a fascinating composition. A low-angle, one-point perspective of immigrants on a ship is divided by the massive dorade box and main mast above them, yet what is interesting is the character studies of each person... 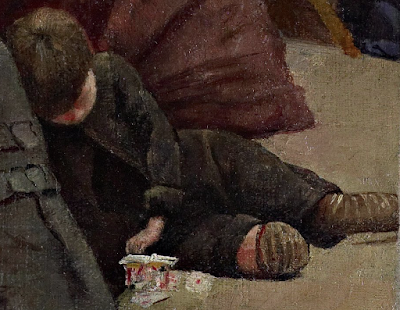 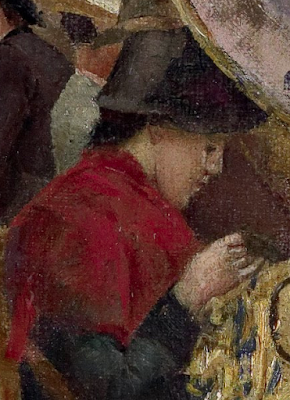 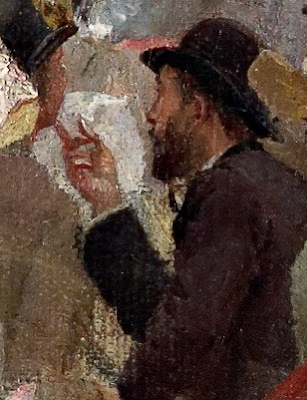 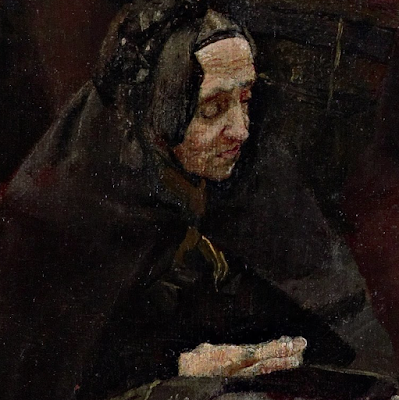 Roberts is a keen observer of people and a storyteller. Body language and facial expression tells more than any words ever could, and everyone on this ship has their own story. Roberts uses monochromatic tones to heighten the sense of boredom and unease on what is probably a very long ride aboard this ship. The clouds above are also a dull grey against a blue sky as if to suggest the sun won't come out anytime soon. This is real narrative.

Evening train to Hawthorn, ca. 1889
More of a sketch than a painting yet I love the sense of movement and energy of this quick study. Look at the brushstrokes in the sky alone...Roberts scumbles grey with pink atop of a warm sky to forebode an oncoming storm. The train itself is not the subject but the billowing smoke and the warm ground below. The composition has great depth and atmosphere that, if Roberts fully explored, would have been a hypnotic painting. Inspiring.

Twenty-Minutes-Past-Three, ca.1900
Love this painting. Look at how those red walls glow against the light from the lamp on the table. Strongly reminiscent of Joseph Wright of Derby's tenebrist chiaroscuro, Roberts here domesticates the drama by placing a woman alone in a room in an elegant dress. A scant figure stands by the door, almost ghost-like, and not easy to notice until further inspection. The way her back is to us, looking anxiously towards the door is first-rate narrative. Is he late? The open book on the table with the clock completes the story. Love the way that fabric against the chair glows from the light. And the suggestion of an intricate pattern on the tablecloth. So many good things in this work. Beautiful.


Roberts is not a major historical icon in the art world. Yet he is poet of the brush and worthy of deep study. We need more painters like this again. Now more than ever.