A contemporary of Rubens, Gaspar de Crayer was born in Antwerp on November 18, 1582. Crayer is interesting in that his style gradually evolved from his early career as a high-Renaissance Flemish artist to Baroque after being in contact with Rubens and his workshop. It is not clear the kind of working relationship they had, but one can easily see the grand scale and intricate compositions of Rubens that held an enormous influence on Crayer. Yet curiously Crayer paints his women with a distinctly Italian sensibility that is reminiscent of Titian, Veronese, and even Spanish artist Murillo. At any rate, judging by the brilliant portrait of him by Van Dyck above his company was well-received by and not seen as a competitor of Rubens nor Van Dyck. 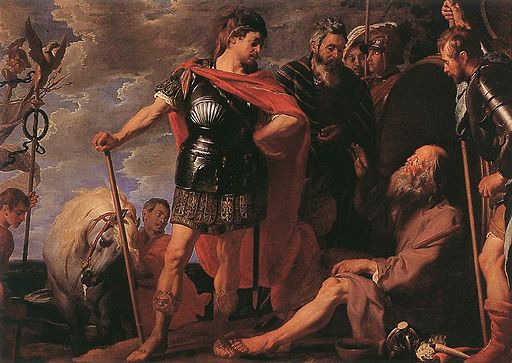 Crayer bathes the figures in an uncharacteristically Titianesque warm light. I like how Crayer uses body language to great effect here. Every figure in this painting uses their hands to portray an action or thought. Alexander stands tall, looking down at the indigent Greek philosopher who tells him to get out of his light. Alexander is left unsure of what to make of this man. Crayer portrays Diogenes in a faithful depiction of the ascetic Cynic that had no use for society. He sits on the ground yet he is strong and fully aware of his senses. Various artists painted this anecdote as a theme of moral honesty in the face of aristocracy and formality. Crayer's interpretation itself is honest and without grand manner or monumentality.

The martyrdom of the four crowned heads, 1642

I saw this wonderful painting at the Palais des Beaux-Arts in Lille, France in September of 2014. Crayer's figure composition is brilliant here. Each figure is layered one behind the other, in perspective, to create a strong sense of space and depth, and they are all looking in different directions to underline this depth. Again note the use of hands to communicate the emotions of the figures. Christ is painted in a pure vibrant blue and white symbolizing faith, wisdom and heavenly truth. In this version, four Roman sculptors were martyred for refusing to sculpt a pagan statue and were buried alive in lead coffins and sent to sea. Christ here resurrects one of them and we can see his mallet, chisel and other sculptor tools lying on the ground beside him. Crayer's use of a warm drapery palette in the figures behind Christ contrasts well even with the intensity of the colors because of the body language Crayer uses so effectively here. 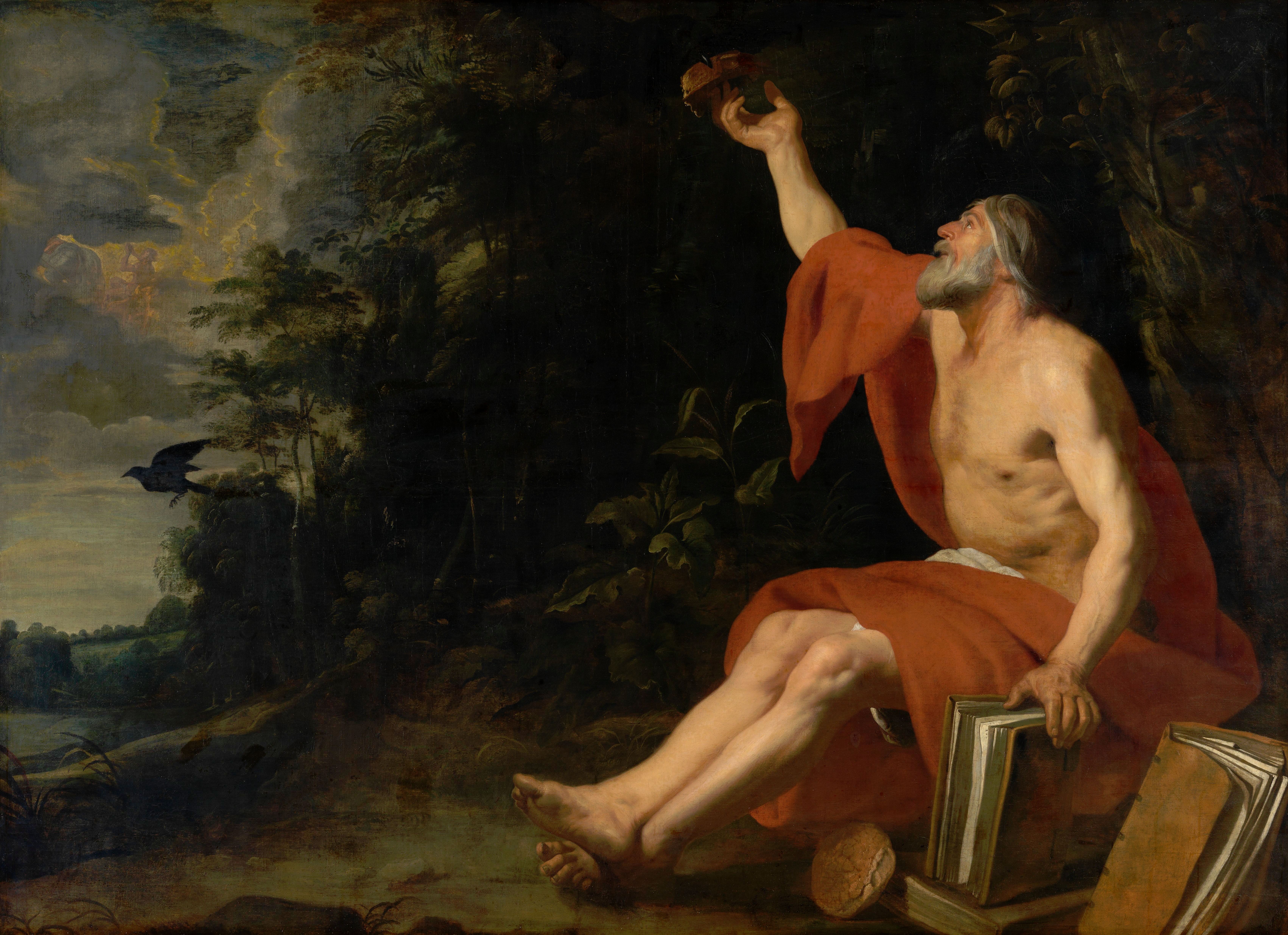 Crayer's warm skin tones and ruddy robe contrast against the dark verdant hues of the distant trees behind Elijah. It is not clear if Crayer had a workshop in the same scale or manner as Rubens, but if not it is amazing the amount of sheer detail in that foliage, while Elijah the prophet is painted with the Antwerp attention to anatomy that was inspired by Rubens. Crayer's use of models here has such personality and character to his faces. Crayer's definite forte is painting legs, and besides Rubens I cannot think of another artist who portrays muscular legs in the same way as Crayer did. He shows character and moral strength by this muscularity, a very humanistic mode that dominated the Baroque for years to come. 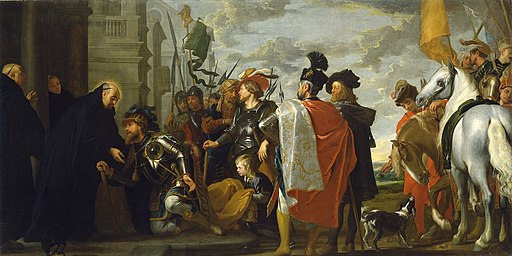 Crayer again uses depth of space in his figure arrangement, and a warm light spilling across the scene. The contrast of costume is something that needs to be mentioned here, in how subtle yet prominent he juxtaposes glimmering armour with red and black drapery. I like how the composition of the figures gradually leads the eye to Saint Benedict and Totila, that focusing more on the surrounding figures is more visually interesting than just the main story or theme. Note how to the right a dog plays with a horse. Crayer seems to be saying that society itself was tiring of religious themes by this time, perhaps. A great painter whose eye for figures and color deserve merit and, numerous studies on my easel.