I don't think there is any other artist in history who is as well known for painting a massive fresco by himself.The loner. The genius. The perfectionist. The terribilitá. The homosexual (if he was indeed gay, which is still being debated). We think we know him, but we really don't know him at all.

His genius was based on a solid training with a fanatical attention to anatomy. His perfectionism comes from a father who was probably pretty hard on him for most of his life. His personality was probably not as dramatic as history conveys him— in fact, I suspect he was quite introverted, preferring to observe rather than talk excessively. Just don't piss the guy off. Even so, the labours of his art reveal he had to have had an inordinate amount of patience, or he would not have been able to deal with the many projects from Pope Julius II and their problems.

Although I do love sculpture very much, it's painting that I want to talk about in this blog, and since Michelangelo changed the face of western painting with one ceiling fresco (despite not being a painter) I just want to make a couple of observations as to what makes him awesome.

1. Master of character
The amount of thought he put into his subject's facial expressions as a way of revealing who they are cannot be understated. If you can't see what your subject is thinking or feeling, the painting is ruined. The fact that he did this with the added genius of foreshortening and powerful musculature to convey the strength of his characters was taking it to the next level. 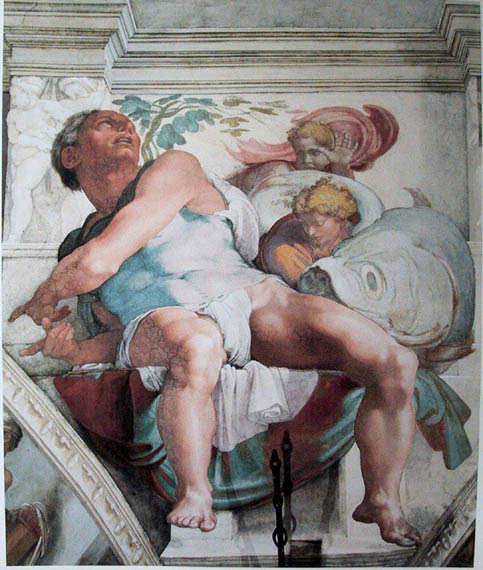 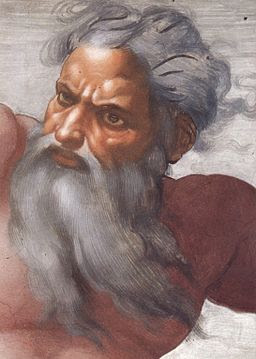 2. Musicality of figure composition
The twisting forms of his work, which later inspired Mannerism is only part of the story. His figures have rhythm. His use of color in the prophets often reveal cools and warms together. His ignudi have grace and movement that is visual music, and each one is completely unique (even though many of the faces are similar, probably a time saver). All his figures seem to have a dance-like element because his use of line makes the figures flow, whether serious or whimsical. 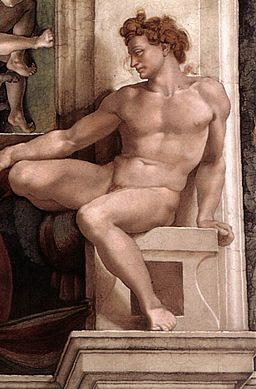 3. Dynamic body language
In most of his figures, no limb points points exactly in the same direction or angle and yet he makes it look natural. This sounds like rhythm but its something more: Asymmetry. The left side of the body is completely different than the right side. How the figure occupies space determines the asymmetry. 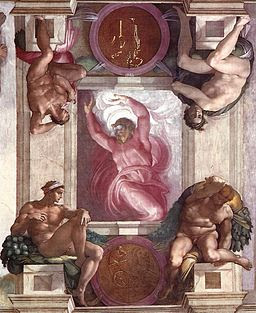